From the National Archives Comments and Criticism on Operation Neptune

Major Charles E. Tegtmeyer, DSC,  (photo right) landed at Arzew, North Africa with the 16th and served with the regiment throughout the remainder of its campaigns. According to the regimental, The 16th Infantry: 1798-1946, he was the most decorated surgeon in the U.S. Army.

Satisfactory, except that I would have liked more time to use the facilities provide for the use of my men exclusively.

(1)   The regiment was moved to the area too early. Security would have been better served if we had moved directly from our own area which was in close proximity directly to the Marshalling Area to that area or to the ships. Once troops are moved to such areas, they should be restricted to those areas.

(2)   The food was adequate, well prepared and served in a sanitary manner. However, too many men were served at messes for efficiency. 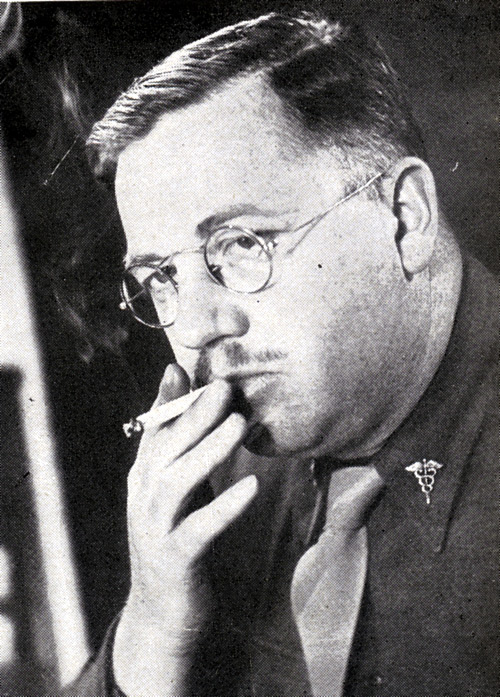 (3)   In some of the Areas there was not enough facilities provided for bathing and the washing of clothes. The men were put in impregnate clothing at too early a date. Sick calls would have been better managed if the unit surgeons had handled the personnel rather than the Area surgeon. A unit surgeon knows the men and their problems, furthermore, they are better acquainted with the wishes of the commanding officers and the requirements of the situation to come than strange medical officers. The Morale facilities provided were adequate.

The waterproofing of vehicles should be placed on a standard basis. This work should be done in the Marshalling Areas just prior to loading.

(1)  The weather and the roughness of the sea was such on June 6th that the operation should have been postponed another twenty-four hours. With a calmer sea many of the Amphibious tanks and Dukws lost would have made the beach and helped in the assault of the strong points.

(2)  The aerial, naval and rocket artillery preparations against the strong points were an utter failure, not a single enemy emplacement having been knocked out by them. An exact method of pin pointing targets for aerial bombing and naval artillery in the assault phase of such operations must be developed.

(3)  When the beach head became congested the Navy should have held up on ferrying the troops in until the assault waves had time to clear the beach.

(4)  Considerable congestion on the beach was caused by the large groups of Amphibious and Special Engineers brought in with the assault waves. These groups failed in their mission and merely crowded the beach and got in the way. These groups should not be brought in to shore until a beach head is made.

5:–  The Medical Mission was a failure because:

a)  Those medical groups responsible for first aid and evacuation of the beach namely, the Navy and the Engineer Shore Brigade did not function.

b)  The Landing Craft made slight effort in the first twenty-four hours to evacuate the wounded along the beach.

c)  Medical Installations such as Auxiliary Surgical groups were brought on shore too early without equipment, litters, blankets, or litter bearers. During the first twelve hours of a beach assault all medical emphasis should be placed on Evacuation, litter and vehicle and on emergency treatment only.

d)  The Collecting Company should not have been put all on one craft. They should have been distributed over at least two craft if not three. The losses suffered by this group were such that they were rendered non-effective when they were needed most.

e)  Reserves of litter bearers, litters and blankets must be gotten to shore in some manner early to promptly replace losses in the initial waves.

f)  The Geneva Convention is a failure. Many of the Aidmen wounded were shot intentionally. The white brassard draws fire. The Craft bringing in the Collecting Company all members of which were wearing brassards received more direct enemy fire than any other craft. Since the landing on the beach several Aidmen have been wounded by sniper fire. The Geneva Convention brassard makes the Company Aidman’s job the most hazardous in the Army.