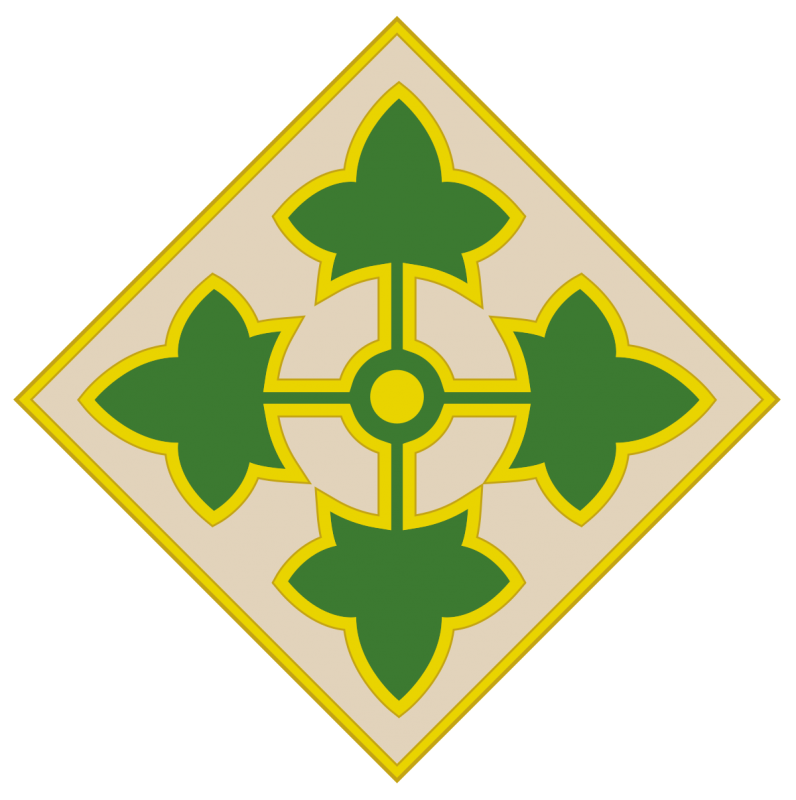 The 8th Infantry Regiment of the 4th Division was one of the first Allied units to hit the beaches at Normandy on D-day, 6 June 1944. Relieving the isolated 82d Airborne Division at Ste. Mere Eglise, the 4th cleared the Cotentin peninsula and took part in the capture of Cherbourg, 25 June.

After taking part in the fighting near Periers, 6-12 July, the Division broke through the left flank of the German Seventh Army, helped stem the German drive toward Avranches, and by the end of August had moved to Paris, assisting the French in the liberation of their capital.

The 4th then moved into Belgium through Houffalize to attack the Siegfried Line at Schnee Eifel, 14 September, and made several penetrations.

Slow progress into Germany continued in October, and by 6 November the Division reached the Hurtgen Forest, where a severe engagement took place until early December.

It then shifted to Luxembourg, only to meet the German winter offensive head-on, 16 December 1944. Although its lines were dented, it managed to hold the Germans at Dickweiler and Osweiler, and, counterattacking in January across the Sauer, overran German positions in Fouhren and Vianden.

Halted at the Prum in February by heavy enemy resistance, the Division finally crossed 28 February near Olzheim, and raced on across the Kyll, 7 March.

After a short rest, the 4th moved across the Rhine 29 March at Worms, attacked and secured Wurzburg and by 3 April had established a bridgehead across the Main at Ochsenfurt.

Speeding southeast across Bavaria, the Division had reached Miesbach on the Isar, 2 May 1945, when it was relieved and placed on occupation duty.