From the National Archives

Movements of Spalding Group is a summary of two conflicting accounts regarding D-Day on Easy Red.

According to E Company, Spalding’s platoon made the initial breakthrough. According to G Company, G led the way. The accounts had been submitted separately by E Co.’s Capt. Ed Wozenski and G Co.’s Capt. Joe Dawson.

On the receiving end, the staff at regimental headquarters may not have noticed the discrepancies. Both versions were included without comment in a regimental history referred to below.

Sometime later, Army historical personnel began piecing together the story of D-Day, unit by unit. The discrepancy was discovered and someone, probably S.L.A. Marshall, weighed in with the report below.

An earlier report, 16-E on D-Day, made a muddle of E Company’s movements on Easy Red. Unfortunately, this report further muddies the issue. Rather than reconcile the accounts, the report wrong-headedly dismisses Ed Wozenski’s account because he “was not in position to see what happened”. Lt. Spalding hadn’t been interviewed yet so his testimony is absent. That leaves Capt. Dawson, whose account finds favor with the report’s author. This contradicts the assessment in 16-E on D-Day which stated that “[Sgt.] Streczyk’s section…was to contribute one of the most intrepid actions of the entire day.” Streczyk is not mentioned in Movements of Spalding Group, and his absence is inconsistent with the earlier high praise. 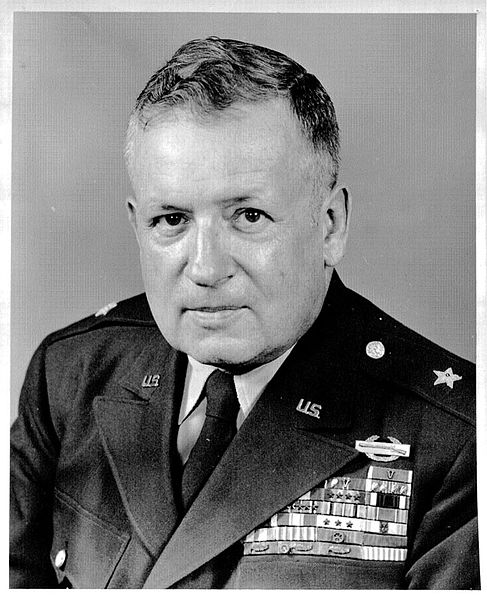 The flaw in this report is common to accounts of small units engaged on an asymmetrical front where many things, and many small breakthroughs, are happening at once. Clouding the picture is the report’s identification of two dispersed groups of soldiers with their officers, Capt. Dawson and Lt. Spalding who may deserve less credit than their enlisted men.

Historians have resolved the dispute about who led the way by accepting E Company’s account as reliable; both advances were mutually supporting and both were significant to victory on D-Day. *1*

Perhaps Joe Dawson himself had the best word on the subject. The former G Company captain wrote to popular historian Stephen Ambrose fifty years after D-Day: “I feel, Dr. Ambrose, that all honor and tribute should be given to Lt. Spalding and his small group of men and to the men of G Company 16th Infantry, for they formed the spearhead that through luck, courage, and proficiency opened the one breach in the enemy’s defences that led to the winning of the battle of Omaha Beach.”

At approximately 0710, Co G was ordered to move frd and managed to infiltrate through a narrow gap between the mine fields between the shingle mound and the cliff overlooking the beach. The 1st section of Co. E, under command of 2nd Lt. Spalding and remnants of two sections from E-116 were those troops pinned down at the base of the cliff. They were told by (Dawson) that their orgs were supposed to be 500 yds to the right, and to move inland, and to the right if possible. They, then, began to move frd and slightly to the rt and as G sections reached this point they were directed to seize the high ground to the immediate front.

From statement by DAWSON to HO [Historical Officer]:

The other elements of 16 and 116 quit the shingle, coming on behind “G”. I told them to move right after getting through the gap.

From statement by Lieut Col Hicks to HO:

Dawson remained on top of the cliff with the first few men and than I returned to the beach to get the remainder of the Bn. I got about 200 men including 17 from F and 30 from E—the others being from G. By H PLUS 2 ˝ hrs, these 200 men were up the cliff…The wire on the beach confronting G was cut by the men soon after they left the boats. Practically the whole 16th came through the gap in this wire.

(Note by HO: The Rgtl History contradicts itself because it includes (Page 3 and 8) both the E and G version of Spalding’s action, the E version being written by Wozenski who was not in position to see what happened.)

Approaching this point, it was seen that the 1st Plat of E had broken through just east of Exit E-1. There Lieut Spalding with his platoon made the initial break-through and the entire beach EASY RED was trying to clear inland by this route…Working their way to the top of the high ground overlooking the beach, 1st Plat, under covering fire of a plat from G, worked west where pillbox by pillbox it reduced the SP guarding the East side of “E-1.”

*1*  Gordon A. Harrison writes in Cross-Channel Attack: “Penetrations in the 16th Infantry zone were made between the St. Laurent and Colleville exits and up the draw on the extreme eastern flank of the beach. The former breach was opened up by two companies of the 2d Battalion, 16th Infantry. Company G and a section of Company E made separate attacks at about the same time and only a few yards apart. After blowing gaps through the wire beyond the shingle embankment the two groups crossed the flats and converged on the lower slopes of the bluff. But despite some effort to co-ordinate the advance the ‘companies’ continued independently, threading their way through mine fields that took some casualties and slowed the advance. Company G, covered by the fire of their 60-mm. mortars and light machine guns emplaced on the beach, gained the top of the bluff against only light enemy opposition and pushed inland. Company E (consisting of twenty-three men under 2d Lt. John M. Spalding) on reaching the top of the hill turned west and attacked the rear of the enemy fortifications defending the east side of the St. Laurent exit.” (pg. 324)

Charles H. Taylor writes in Omaha Beachhead: “The 1st Section of Company E, 16th Infantry, and two of  the scattered sections of E, 116th, had come to shore here in the first wave. The 16th’s unit, led by 2d Lt. John M. Spalding, blew a gap in the wire above the shingle, made its way past the house, and then was held up by minefields in the marshy ground at the foot of the slopes….Spalding’s men found a way past the mines and were beginning to work up the slope, using the defilade afforded by the small draw….When G’s men reached the slopes they came into contact with Lieutenant Spalding’s section of E and the two sections of the 116th. In an effort to coordinate the advance, an arrangement was made with these units to operate on Company G’s right….[G Company’s] movement forward, from embankment to the bluff top, had taken place between 0730 and 0830….To their right Lieutenant Spalding’s section of Company E, 16th RCT, was getting up about the same time, helped by covering fire from Company G, and effecting a useful extension of the front of penetration.” (pgs. 67-69).

The published regimental, The 16th Infantry 1798-1946, solves the discrepancy altogether by eliminating the E Company account and only including the G Company story.