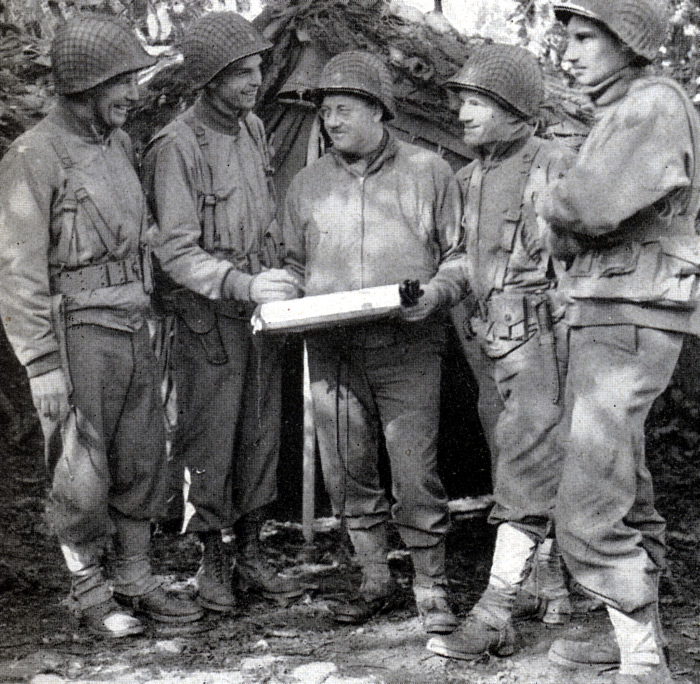 Portait of Colonel Taylor by one of his soldiers, Sgt. William Fraccio. 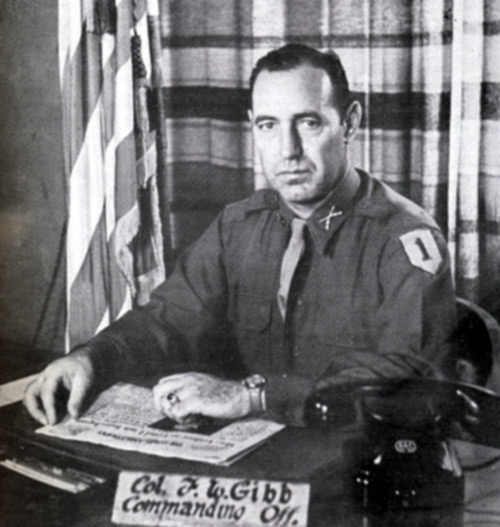 Colonel Frederick W. Gibb, commander of the 16th during the European campaign. 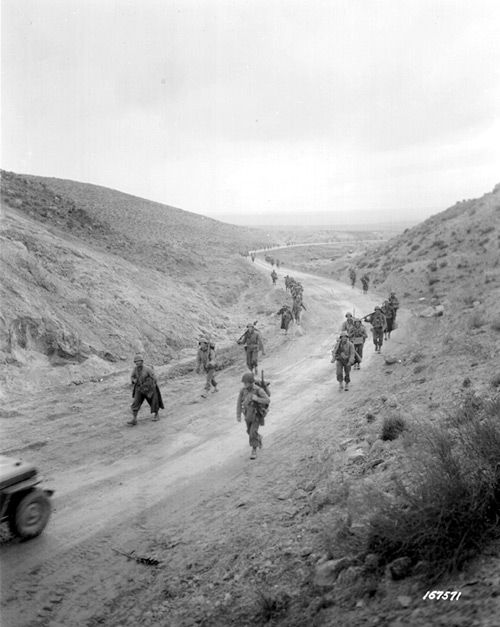 The 2nd Battalion, 16th Infantry, march through the Kasserine Pass and on to Kasserine and Farriana, Tunisia. 26 Feb 1943. Photographer: McGray (SC 167571) 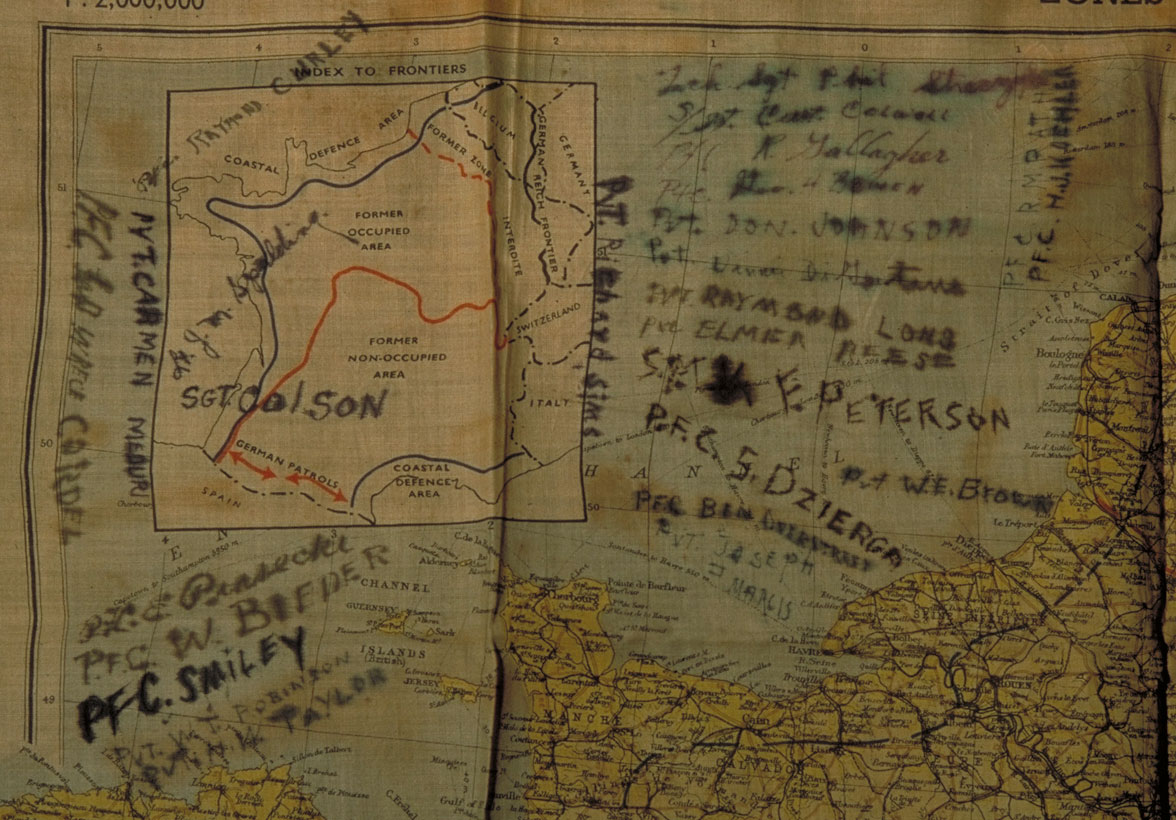 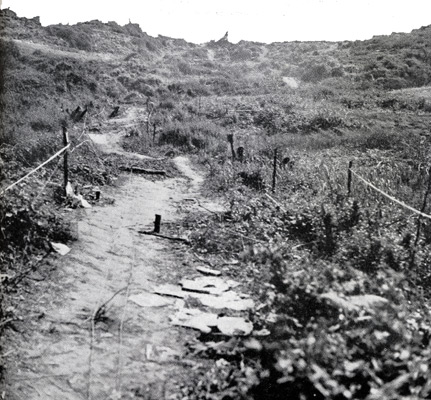 The path up from Easy Red taken by Spalding’s men. 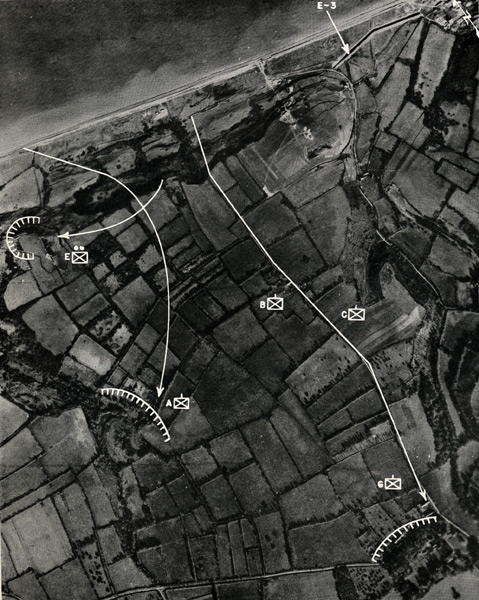 ADVANCE FROM EASY RED(Photograph of 15 February 1944). An aerial map. Spalding’s section of E Company is represented at the upper left. EASY RED, between E-1 and E-3 draws, was the area where the 2nd Battalion, 16th Infantry reached the bluff.Company G made the penetration here from ruins in the foreground. Photo taken shortly after D Day shows beach road already improved by U.S. Engineers. 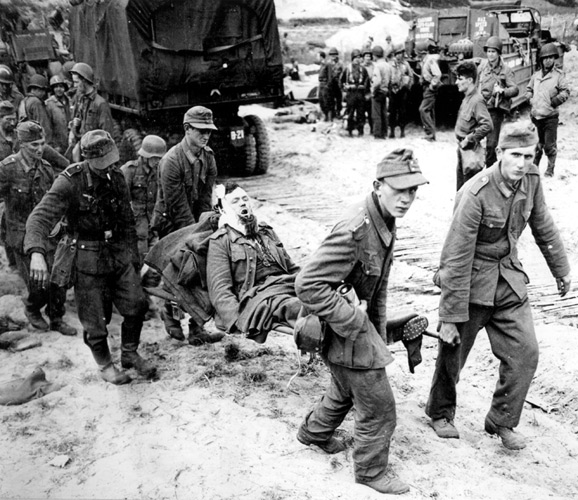 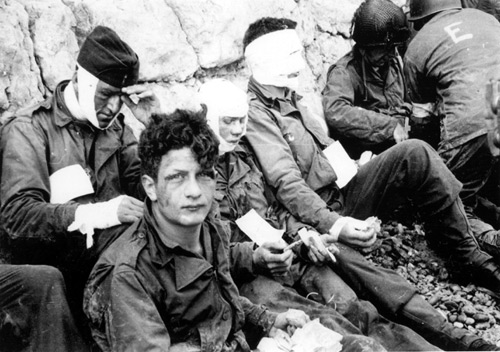 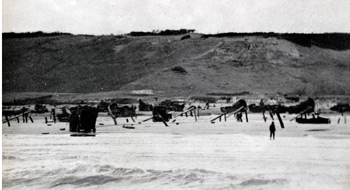 E-1 STRONGPOINT, to the west of the draw, was neutralized by a boat team of Company E, 16th Infantry, which came on it from the woods to the rear.The photo above, taken a day later, shows beach obstacles and wreckage along the top of the tidal flat. 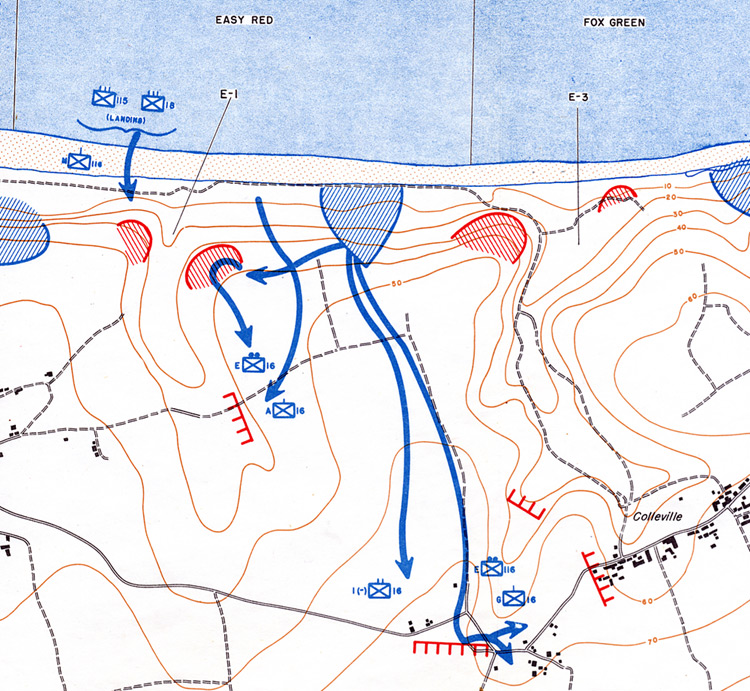 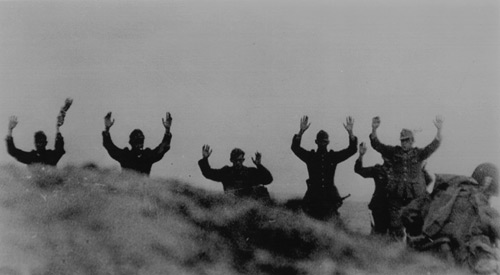 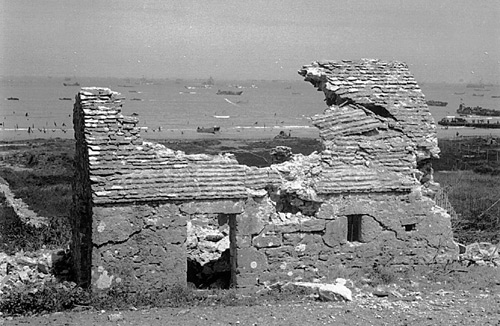 A ruined house on Omaha. 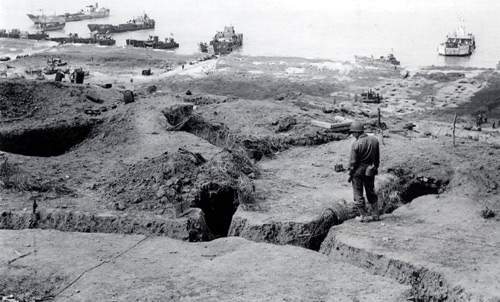 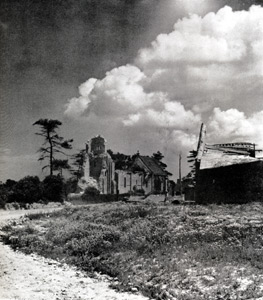 ENTRANCE TO COLLEVILLE FROM WEST. After advance from Easy Red Beach, Company G, 16th Infantry, fought into this village just after noon.G Company was held in Colleville the rest of the day by bitter enemy resistance in houses just beyond the church. (Photo taken June 1945.) D plus one. The 2nd Division climbs the slope of Easy Red.

Below is a Christmas greeting sent by Gibb to the regiment during the Bulge. (Courtesy of Walt Bieder) 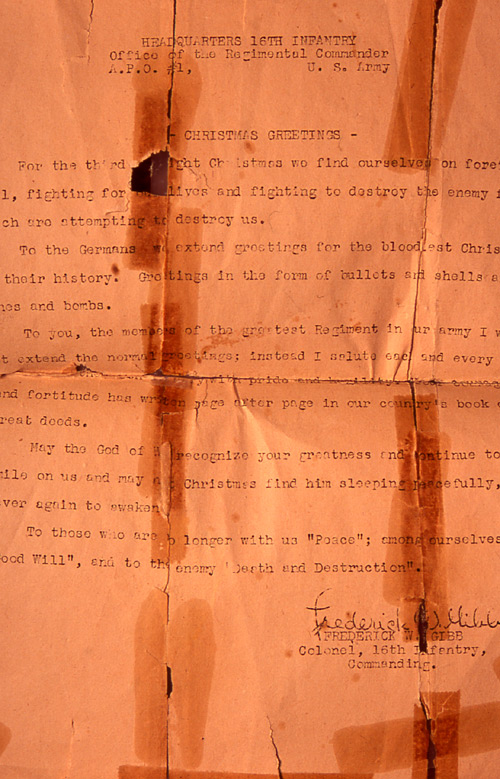 CHRISTMAS GREETINGS
For the third straight Christmas we find ourselves on foreign soil and fighting to destroy the enemy forces which are fighting to destroy us.
To the Germans we extend greetings for the bloodiest Christmas in their history. Greetings in the form of bullets and shells and mines and bombs.
To you, the members of the greatest Regiment in the Army I will not extend the normal greetings; instead I salute each and every one of you [as the 16th Infantry] with pride and humility and courage has written page after page in our country’s book of great deeds.
May the God of War recognize your greatness and continue to smile on us and may next Christmas find him sleeping peacefully, never to awaken again.
To those who are no longer with us “Peace”; among ourselves “Goodwill”; and to the enemy “Death and Destruction”.
Frederick W. Gibb
Colonel, 16th Regiment, Commanding