First to embark, it was the last division to return home, and paraded in New York City on 10 September 1919.

NOTE: The 5th Field Artillery Battalion of the 1st Infantry Division traces its history to 1 March 1776 when Capt. Alexander Hamilton formed what is now Battery D, 5th Field Artillery Battalion. Then known as “The Provincial Company of the Artillery of the Colony of New York,” the Alexander Hamilton Battery fired the first round in defence of the United States on 12 July 1776 at Fort George (The Battery), N. Y. Shortly after the Revolution, this battery was stationed at West Point, its complement of 40 men then comprising the bulk of the United States Army. — From The Army Almanac, 1950.

On 1 July 1942, the first troops of the 1st Division sailed from Brooklyn, New York for England. The first unit to embark was the 2nd Battalion, 16th Infantry Regiment.

As in World War I, the 1st Division was the last division to return home, serving after the war in Germany as part of the Army of Occupation. 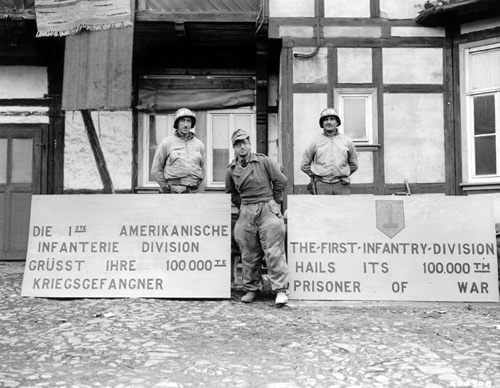 The First was the first ashore in the invasion of Sicily, 10 July 1943 ; it fought a series of short, fierce battles on the island’s tortuous terrain. When that campaign was over, the Division returned to England to prepare for the Normandy invasion.

The First Division assaulted Omaha Beach on D-day, 6 June 1944, some units suffering 30 percent casualties in the first hour, and secured Formigny and Caumont in the beachhead. The Division followed up the St. Lo break-through with an attack on Marigny, 27 July 1944, and then drove across France in a continuous offensive, reaching the German border at Aachen in September.

The Division laid siege to Aachen, taking the city after a direct assault, 21 October 1944. The First then attacked east of Aachen through Hurtgen Forest, driving to the Roer, and moved to a rest area 7 December for its first real rest in 6 months’ combat, when the von Rundstedt offensive suddenly broke loose, 16 December.

The Division raced to the Ardennes, and fighting continuously from 17 December 1944 to 28 January 1945, helped blunt and turn back the German offensive. Thereupon, the Division attacked and again breached the Siegfried Line, fought across the Roer, 23 February 1945, and drove on to the Rhine, crossing at the Remagen bridgehead, 15-16 March 1945.

The Division broke out of the bridgehead, took part in the encirclement of the Ruhr Pocket, captured Paderborn, pushed through the Harz Mountains, and was in Czechoslovakia, at Kinsperk, Sangerberg, and Mnichov, when the war in Europe ended.

First, The Story of the 1st Infantry Division by unit members TI&E, ETOUSA. Distributor, Society of the First Division, 1945. 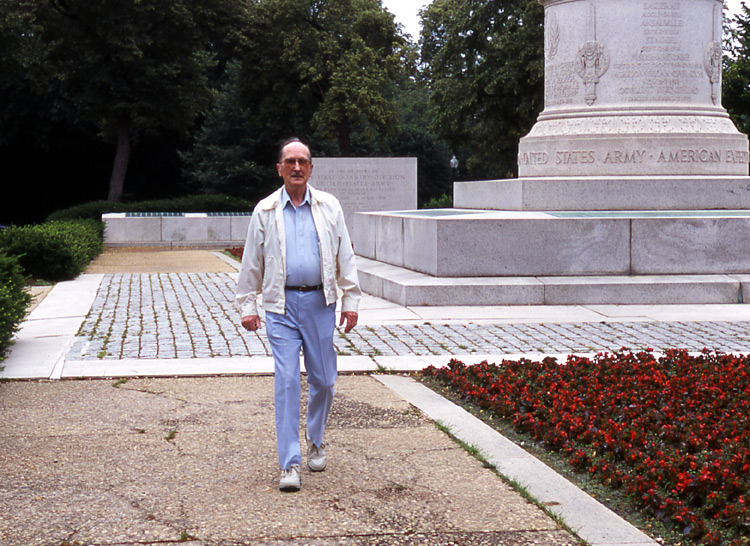 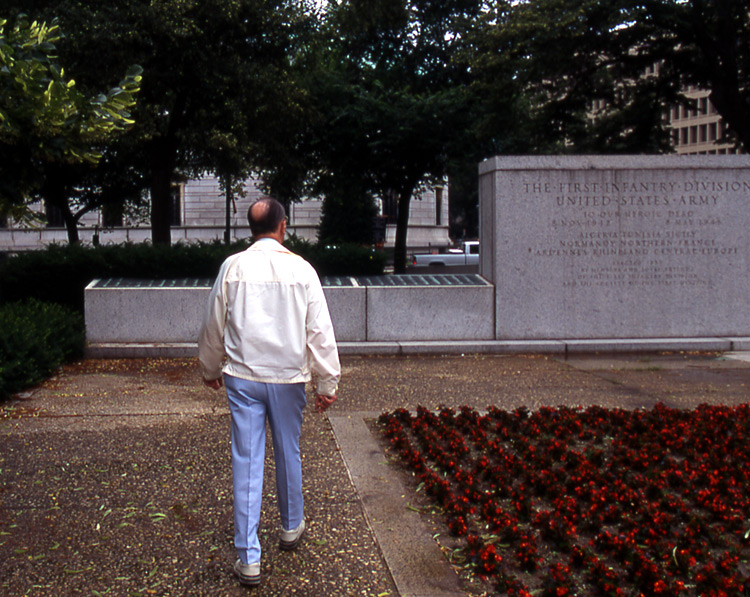 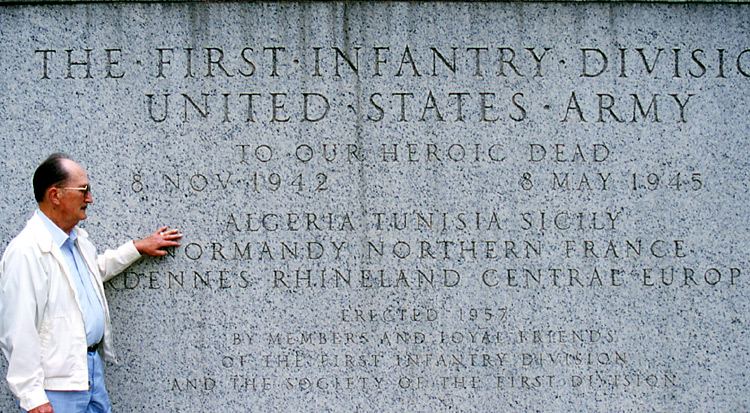 In the mid-60’s, divisions were organized differently than they had been in World War II and Korea. Each division had three brigades which were “task organized”. The concept was utmost flexibility. A brigade, depending on the operation, could have anywhere from two to five battalions along with organic and attached supporting units.

There were no supply channels and everything was borrowed, stolen, traded or all of the above. Then in Dec 1967 it was again changed this time to F Company 52 Inf LRP (Long Range Patrol) The army, in their wisdom, realized we did more than reconnaissance and dropped an R, I think the provisional thing was there to show it was temporary, and supply channels were established. Finally, in February 1969, it was changed to I Company 75th Inf Ranger. when all was said and done it was nothing more then a series of address changes.” 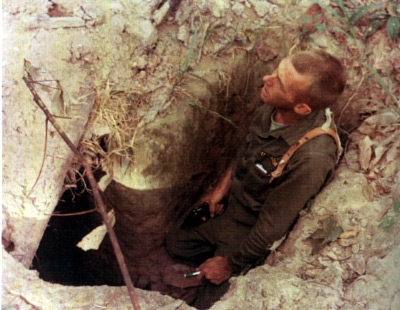 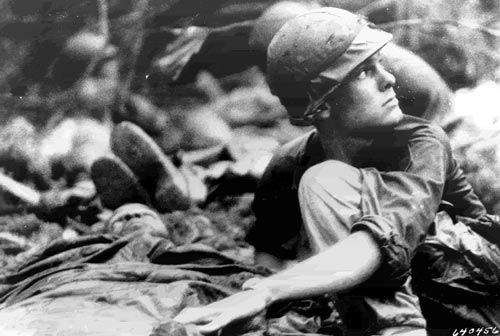 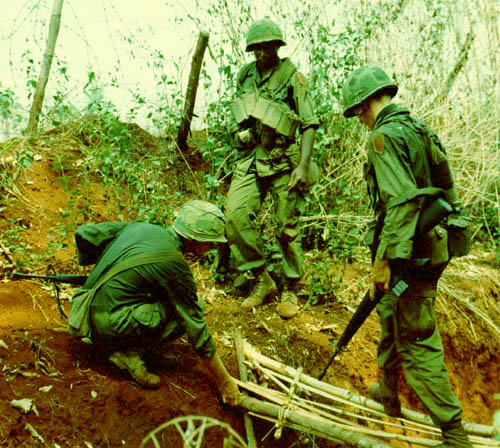 On 24 February 1991, the 1st Division was the spearhead in an operation that breached the Iraqi lines.

The division secured the cease fire on 1 March 1991.

Today the Division is headquartered at Leighton Barracks, Wuerzburg, Germany. The Big Red One consists of more than 14,000 soldiers who primarily serve in the Division’s brigades or one of its four separate battalions.

The 4th (or Aviation) Brigade is headquartered in Katterbach, Germany, and consists of 1st and 2nd Battalions, 1st Aviation, which supplies the Division’s air assets.

Division Support Command (DISCOM) is headquartered in Kitzingen, Germany, and is made up of 201st and 299th FSBs; 601st Aviation Support Bn., and 701st Main Support Bn.

The 121st Signal Bn. is also headquartered at Larson Barracks and provides communication support throughout the Division.

The 101st Military Intelligence Bn. is headquartered at Wuerzburg’s Leighton Barracks and provides the Division with special information through secure channels.

The 1st Military Police Company is also headquartered at Leighton Barracks in Wuerzburg and performs law enforcement and security duties throughout the Division.

American Armies and Battlefields in Europe Originally published: Washington D.C.: U.S. Govt. Print., 1938. Reprinted by the Center of Military History, 1992. Now available on CD-Rom as part of the UNITED STATES ARMY IN WORLD WAR I set. This source contains World War I casualties, replacements, and other information by AEF divisions, page 516-517.

Army Battle Casualties and Nonbattle Deaths in World War II: Final Report: 7 December 1941 – 31 December 1946. Statistical and Accounting Branch, Office of the Adjutant General under Direction of Program Review and Analysis Division, Office of the Comptroller of the Army, O.C.S., 1953. This source has been used for the World War II casualty figures.

The Center of Military History online (at www. army.mil) has a very valuable resource entitled, “Army Division Matrix”. It provides Order of Battle and Compositional information for active divisional unit. I relied upon this source for non-battle casualties, WWII, and for post-WWII composition.